I fell for the lush, flat landscapes of South Louisiana and the Gulf Coast of Mississippi, for marsh and fields, bays and bayous, when I moved to New Orleans after college. There was more sky in the landscape than I ever saw growing up in the hills of North Carolina or at college in western Massachusetts. The vastness of sky over the landscape opened up a spiritual dimension. I’ve never lost that feeling. I use light, weather and perspective to describe it.

The study of painting at Mount Holyoke focused upon ‘painting from life,’ the idea of the deep intrinsic value of painting from what you see, that there were essential truths to be found there. I still believe that. My work is almost entirely plein air. I work outside with my dog, from the back of my SUV or from my old pontoon boat. Occasionally a photo is used to add something to a work, usually at the end, but I find it very limited as a tool. Drawing, in particular, I must do directly and on the spot itself, as the perspective of the camera’s eye is so very different from the way our two eyes see. That said, the main reason I work plein air–and always will–is that I really HATE to work inside. I would always rather be on the spot, painting outside with my dog.

When I find a view that speaks to me, I rough it out in a small sketch book. The compass tells me where the sun will be at different times of day, and determines when the view will look most interesting. I return to that view with my folding French easel and paint under the shade of the back gate of my SUV or set up shade with an umbrella. I paint on plywood boards I have cut, primed, and tinted, usually something on the red side of the color wheel. I draw the scene in detail, in pencil, playing with perspective to enhance the sense of distance, and then paint over this in oil. Specific times of day and kinds of weather are key. I return to the same spot many times at the same time of day and in similar weather.

Shortly before Katrina, I began playing with the idea of breaking the paintings apart somehow. In a panoramic view, it is not unusual for one end of the view to be beautifully lit, while the other end might have more interest at a different time of day. How could I incorporate different times of day into the same painting? I developed the idea of cutting a long painting of one view into parts, depending entirely upon the under drawing to hold the work together. Thereby time enters the work, as a painting can now contain different hours of the day and types of weather in one view.

Over the last twenty-five years I have painted many private views from and of fishing camps, beach homes, country homes, docks and fields and welcome inquiries. My work can be found in the permanent collection of the New Orleans Museum of Art and the Lauren Rogers Museum of Art in Laurel, Mississippi. 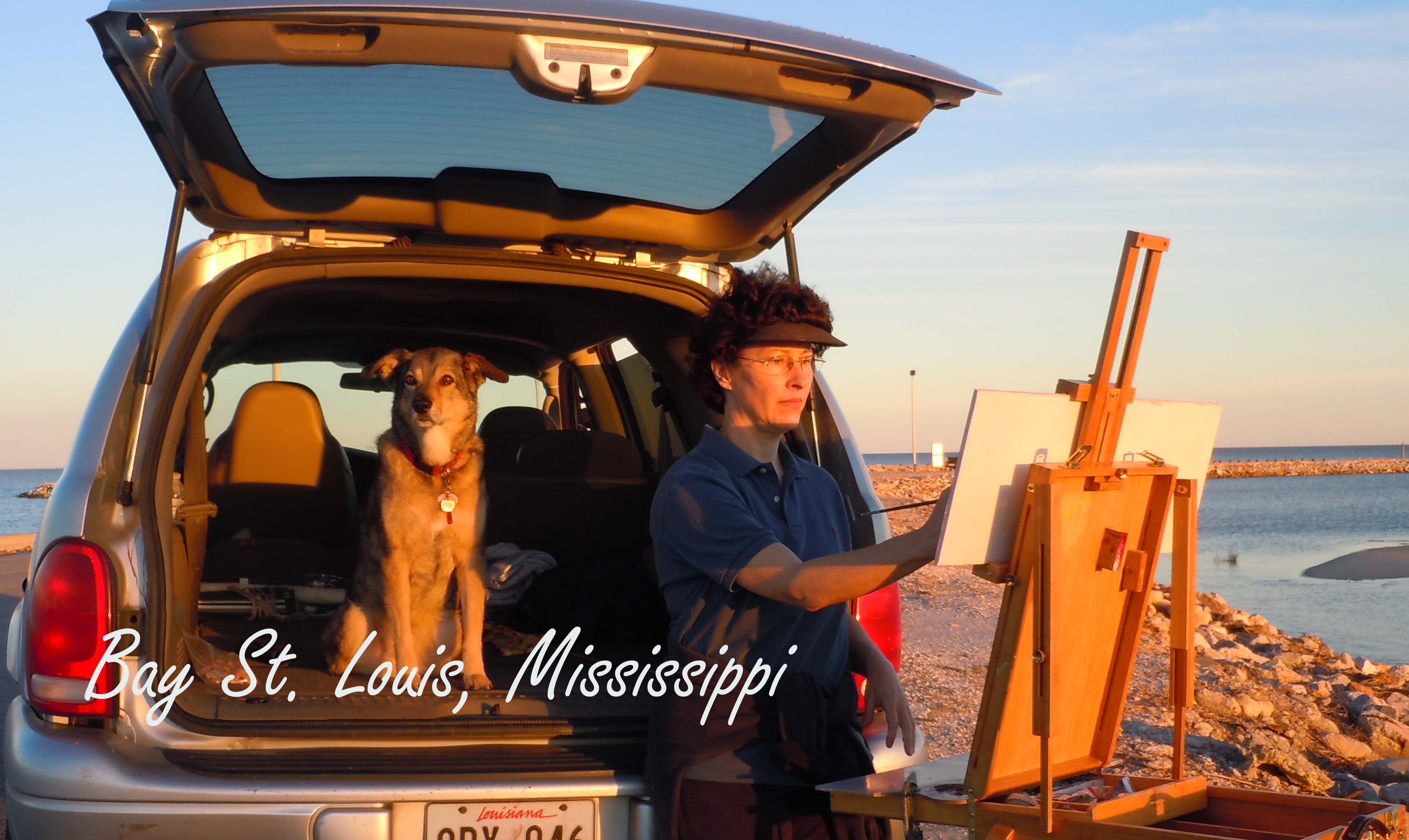 Slideshow music from “Some of These Days,” from GUITAR GUMBO by John Rankin